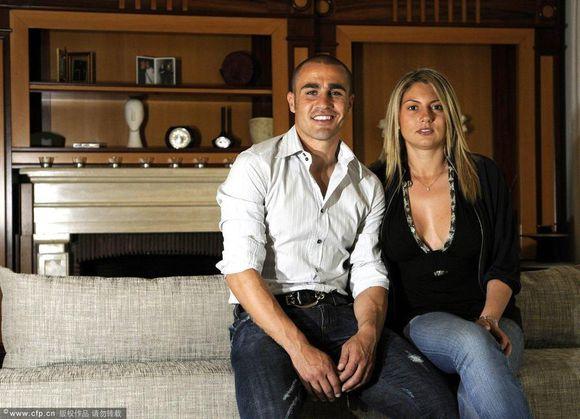 Hupu News on October 8 Today, Guangzhou Evergrande coach Cannavaro conducted a public training interview. In the interview, Cannavaro once again emphasized that the team still needs to strengthen the lineup if they want to win in the AFC.

I haven't seen my wife for eight months. When I returned to Guangzhou, she was waiting for me at home. But I put down my luggage, went out with her, and walked along the riverside for more than half an hour. This was to get back the feeling of living in Guangzhou. Later, we went to Sanya on holiday again, where the impact of the epidemic could not be seen at all. China's prevention and control of the epidemic has been too successful!

Although we did not reinforce the team this year, our team has many unique players that can be glued together. We are still a strong team, but currently there are several teams in the Super League that are close to our strength, even Some aspects have surpassed us, but if we want to compete for the championship, we must compete. If our team’s configuration is to compete for the Asian championship, it still lacks in some positions. However, I am very satisfied with the team and I am also grateful to the group for its support and support. The team is getting younger.

I didn’t contact them because they were selected for the national team for the first time. Let them be happy there. The head coach of the club during my 18-year national career has never contacted me. I hope they will all be healthy when they return. Kang's.

Looking at the championship situation, we must be considered a strong team. Although we did not continue to strengthen, we still have many outstanding players with characteristics in our team. As long as they are kneaded together, we are still strong contenders for the championship. However, the staffing of some teams in the Super League does not lose to us, and is even stronger than us at some levels. Let's go a bit further. If our lineup wants to fight for the Asian championship, some positions are still missing.

(Edit: Give everyone an early greeting)